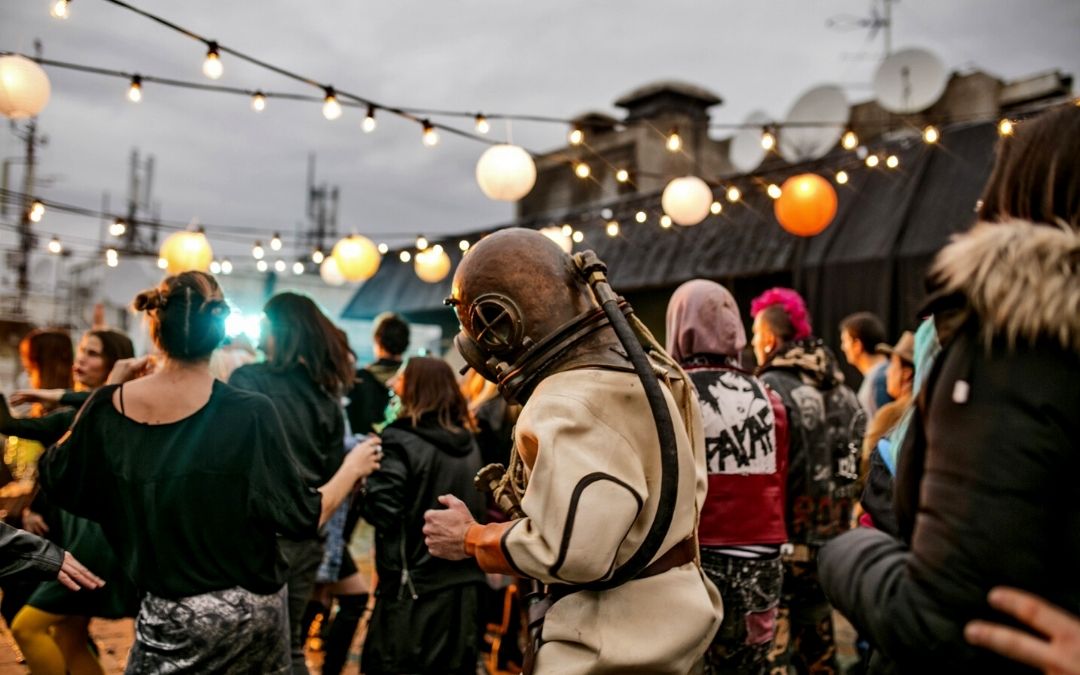 Rijeka is becoming the center of a significant and extensive culture and arts program and the host city for the best and most interesting artists from the global, Croatian and European cultural scenes – in the same year when it is the European Capital of Culture.

From our oasis of peace, there is a view of the European Capital of Culture, and even more beautiful than the view are the cultural events we expect! In 2020, almost 300 cultural programms with more than 600 individual events will be held in Rijeka. 350 partner organizations are involved in the organization of the program, from more than 55 countries in Europe and the world.

After 2020, Rijeka will be permanently recorded on the map of European Capitals of Culture and stand alongside cities whose citizens feel the whole of Europe is their home.

Courage, uniqueness, progressiveness, and ambition are values that are embedded in the Port of Diversity programme concept and reflected in the programme events. Except from all the events that will be held, there are exceptional industrial heritage buildings that will remain permanently good, intended for enjoying the cultural offer to the citizens of Rijeka and its guests.

In its permanent exhibition, the Museum of the City of Rijeka will cover many of Rijeka’s topics such as the first torpedo in the world, the Naval Academy, Rijeka as an emigrant port, the history of the city theater, Rijeka skyscrapers, music, Rijeka rock, the history of large Rijeka companies – paper factories, tobacco factories… from the museum collection and artifacts will be placed in more than 30 rooms on two floors.

The Children’s House, the first of its kind in Croatia, is moving into the former tobacco drying area.

The nearest house for a similar purpose is located in Ljubljana (Children’s and Art House). The special feature of the Children’s Home lies in the way it works with children and parents who will spend time in it, and in the areas of work and topics that children will be able to deal with in it.

Making animated films in a film studio, making video reports, making music in a music studio, playing video games on the big screen of a projection hall, making video games, designing products and printing them via 3D printers, narrative theater in a small amphitheater on the roof of the house, sweet interactive baby theater, puppet making, therapeutic theater and specially adapted film screenings for children with disabilities, daily screenings of children’s films… are just some of the planned activities that will be gathered and offered for children and their parents by the Rijeka Children’s House. its construction and equipping. The content of the Children’s House will be intended for ages 0 to 12, and the working hours of the house will be – all day.

3. Sugar Refinery Palace – the highest quality baroque palace on the east coast of the Adriatic.

The Sugar Refinery Palace was built as the administrative building of the Sugar Factory in 1752 and marked the beginning of the industrial development of Rijeka. After the fire in 1785, it was significantly renovated and equipped with baroque interiors with wall paintings and stucco, and today it represents the highest quality baroque palace on the eastern Adriatic coast. In 1851, the building housed the management of the Tobacco Factory, and after 1945 it changed its purpose again and became the seat of the Engine and Tractor Factory “Rikard Benčić”.

4. The ship Galeb – a symbol and witness of the political and social history of the 20th century.

The Galeb Ship was constructed and launched in 1938 in the Ansaldo shipyard in Genoa, Italy, under its original name “Ramb III” and served as a cargo ship. In the early stage of WWII, it was repurposed into a warship, initially as an auxiliary battlecruiser. Following the capitulation of Italy in 1943, the Germans took command of the ship, renamed it the “Kiebitz” and fitted it with tracks for launching mines. In 1944, the “Kiebitz” laid over 5000 mines in Kvarner and the northern Adriatic before being sunk on 5 November 1944 by Allied bombs in the Port of Rijeka, whence it was hauled out by the Brodospas company from Split in 1947. After being renovated at the “Uljanik” shipyard in Pula, it was commissioned by the navy as the Galeb School Ship.

From 1953 and Tito’s first international voyage aboard the Galeb to London for a meeting with Winston Churchill, the ship served as a floating residence. The trip to London was also an indicator of Yugoslavia’s leaning towards the West, following the split with Stalin and the Eastern Bloc. Tito would frequently travel on the Galeb and hold meetings with statesmen there, in line with the role Yugoslavia played in the Non-Aligned Movement. Tito sailed on the Galeb for the last time in 1979. After his death, the ship was opened for visits by various organisations, schools, etc. In the late 1990s, the ship was sold to a Greek shipowner, but he went bankrupt and the ship was never refurbished. The Ministry of Culture declared the ship a cultural asset of the Republic of Croatia in 2006 and the City of Rijeka purchased it in 2009 with the intention of turning it into a museum.

You can find out more about which cookies we are using or switch them off in settings.

This website uses cookies so that we can provide you with the best user experience possible. Cookie information is stored in your browser and performs functions such as recognising you when you return to our website and helping our team to understand which sections of the website you find most interesting and useful.

Strictly Necessary Cookie should be enabled at all times so that we can save your preferences for cookie settings.

If you disable this cookie, we will not be able to save your preferences. This means that every time you visit this website you will need to enable or disable cookies again.